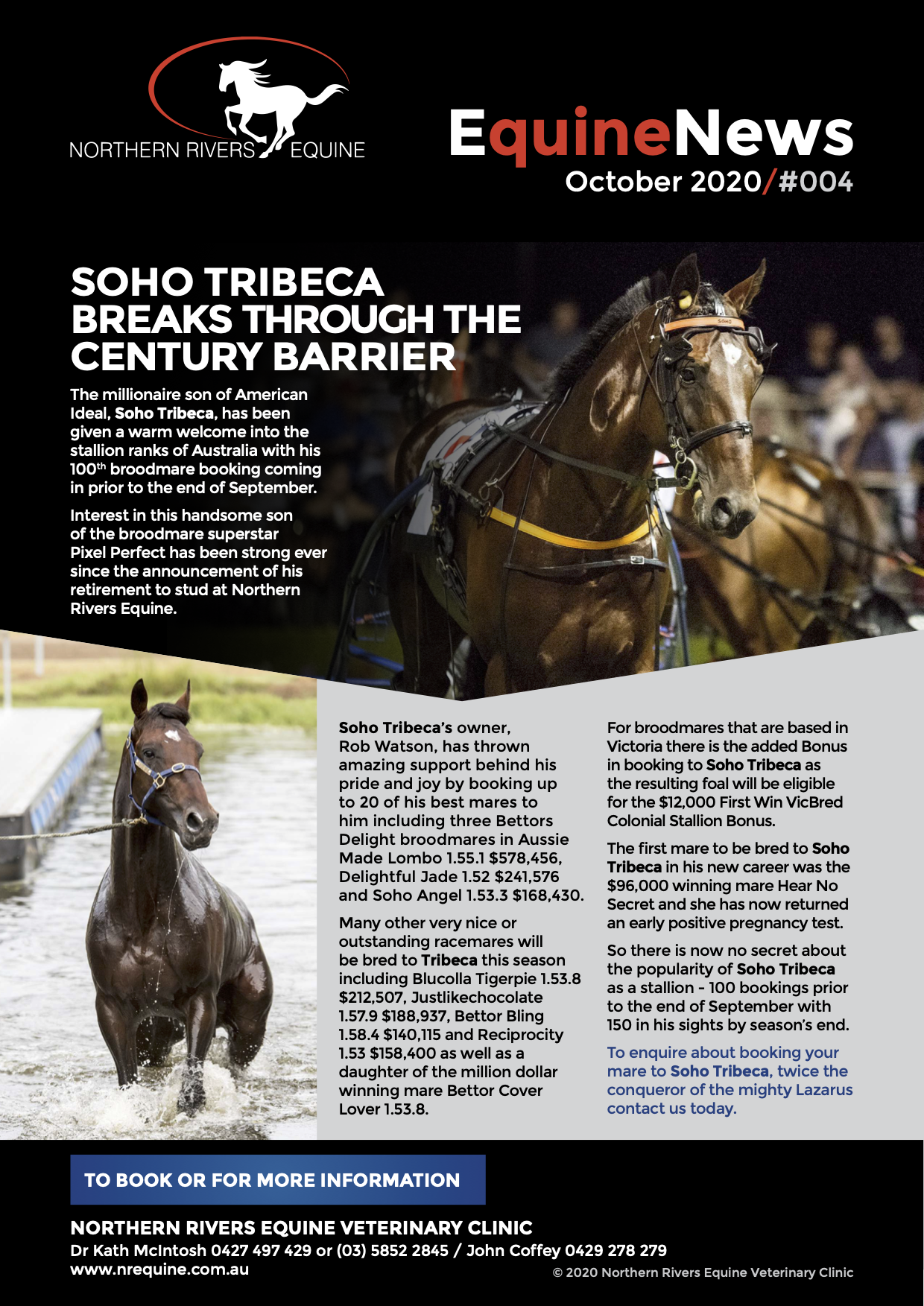 The millionaire son of American Ideal, Soho Tribeca, has been given a warm welcome into the stallion ranks of Australia with his 100th broodmare booking coming in prior to the end of September.

Interest in this handsome son of the broodmare superstar Pixel Perfect has been strong ever since the announcement of his retirement to stud at Northern Rivers Equine.

For broodmares that are based in Victoria there is the added Bonus in booking to Soho Tribeca as the resulting foal will be eligible for the $12,000 First Win VicBred Colonial Stallion Bonus.

The first mare to be bred to Soho Tribeca in his new career was the $96,000 winning mare Hear No Secret and she has now returned an early positive pregnancy test.

So there is now no secret about the popularity of Soho Tribeca as a stallion – 100 bookings prior to the end of September with 150 in his sights by season’s end.

To enquire about booking your mare to Soho Tribeca, twice the conqueror of the mighty Lazarus contact us today.